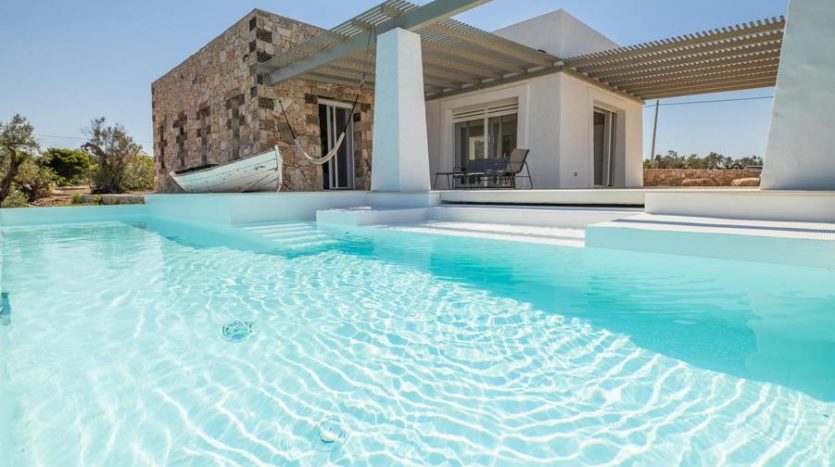 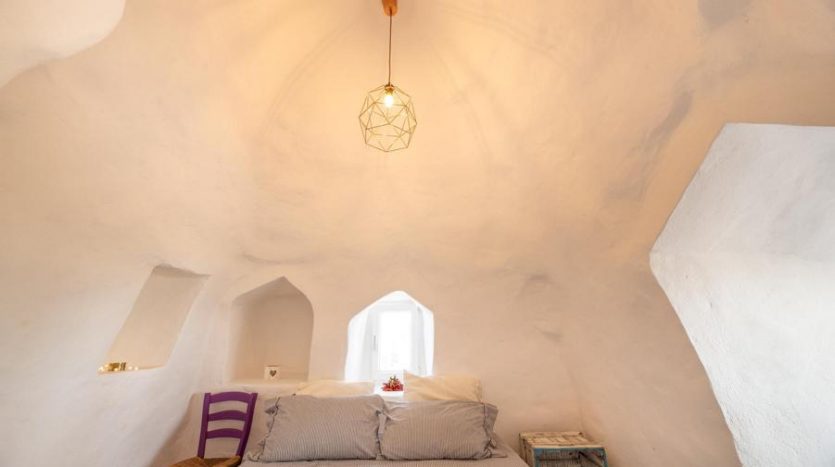 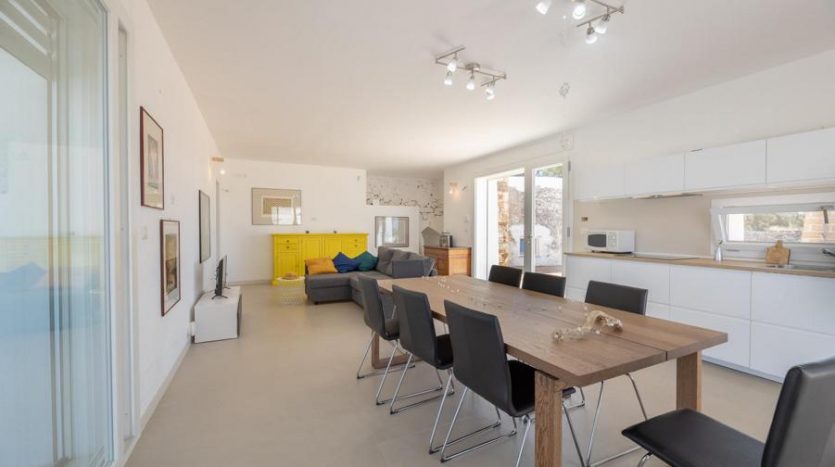 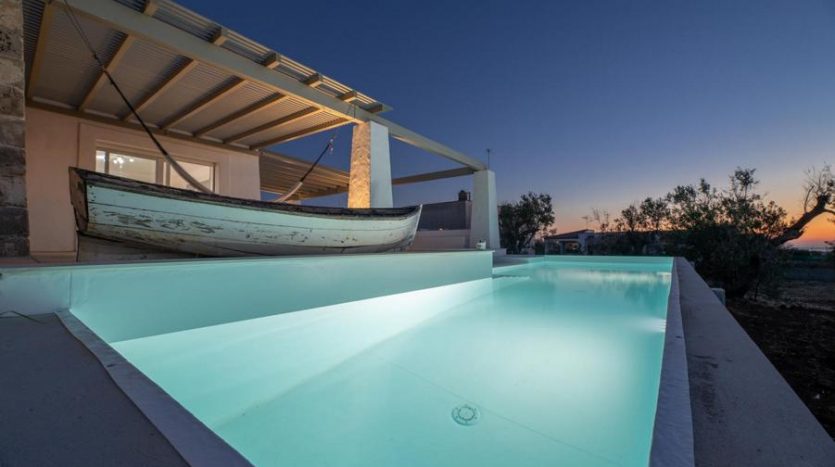 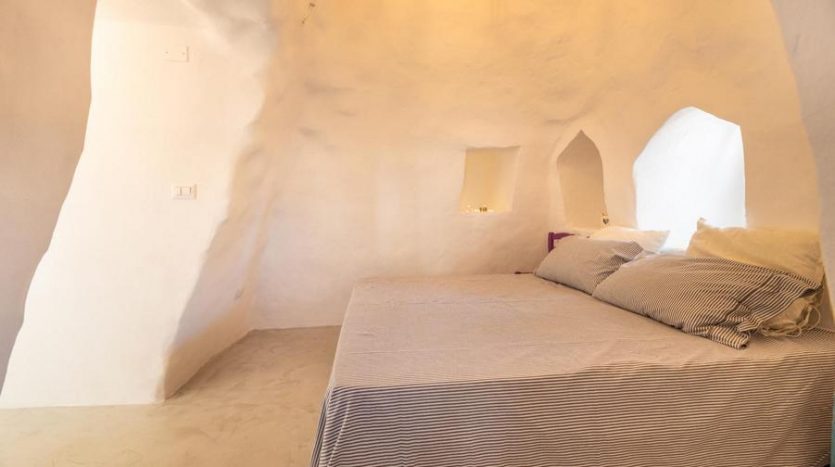 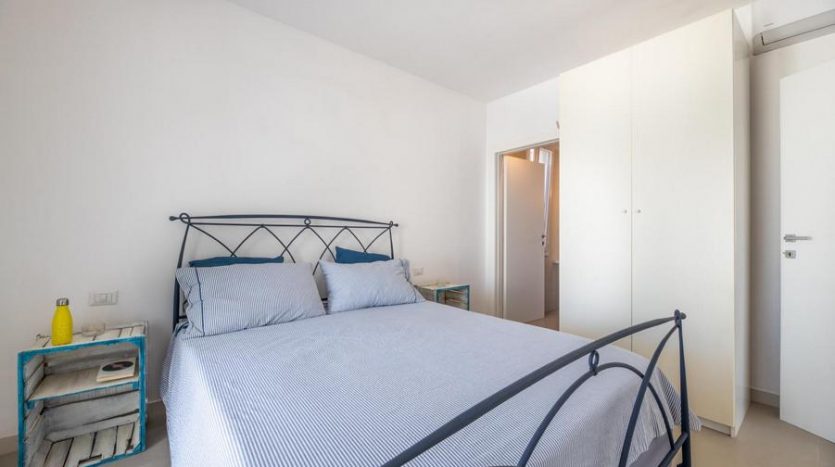 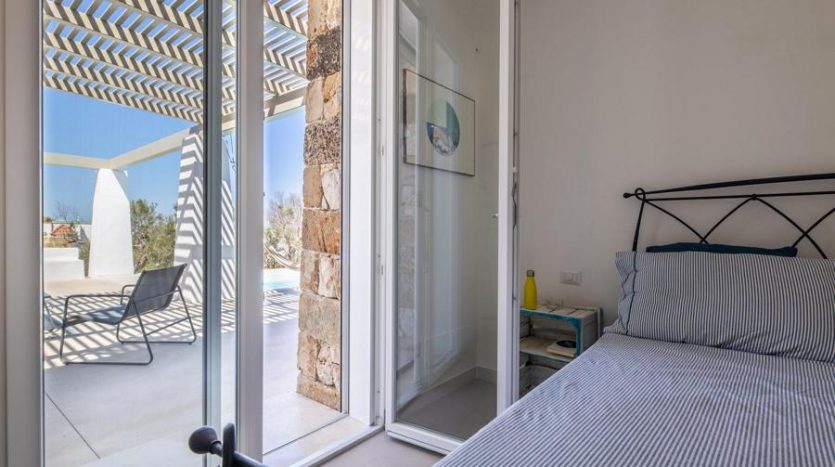 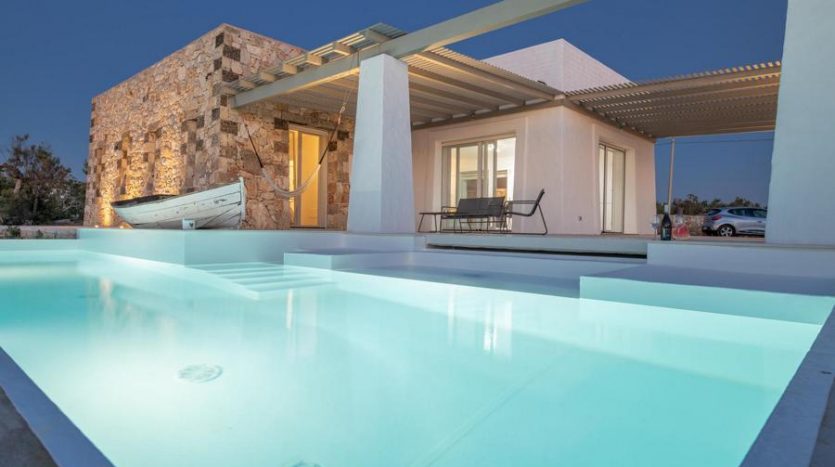 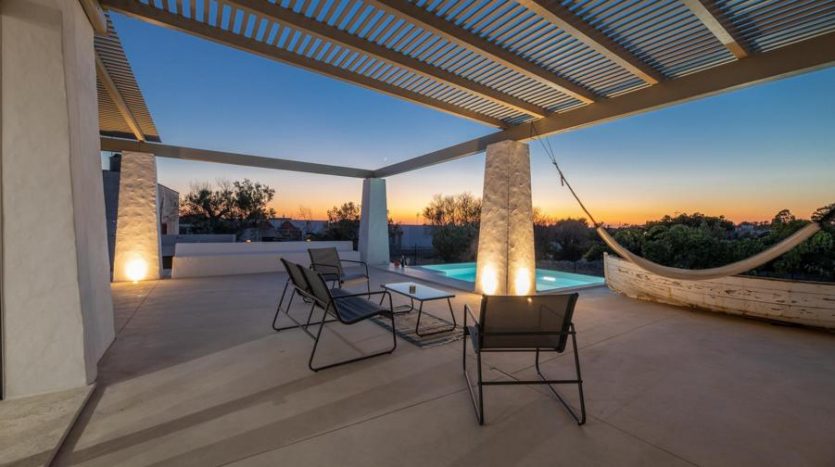 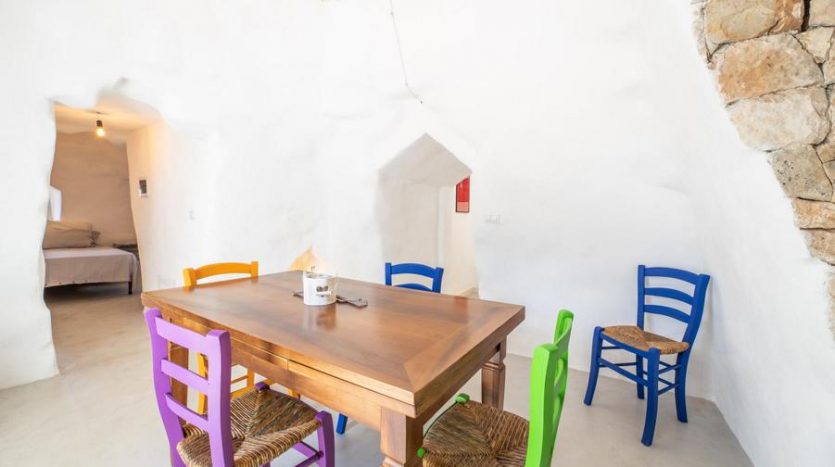 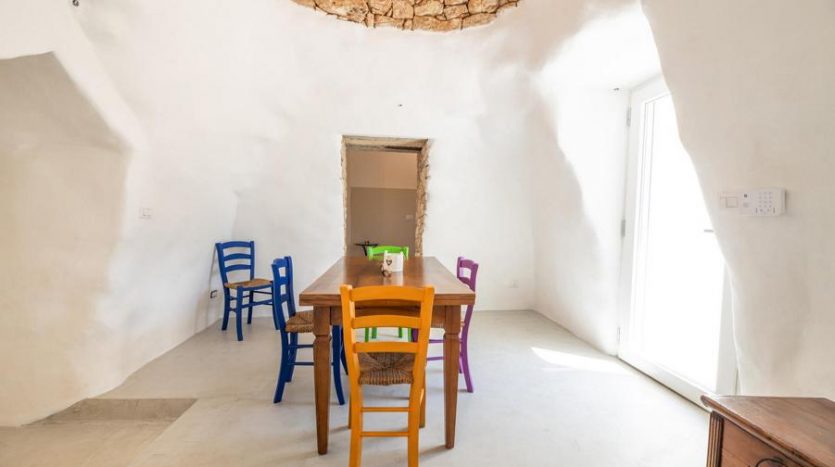 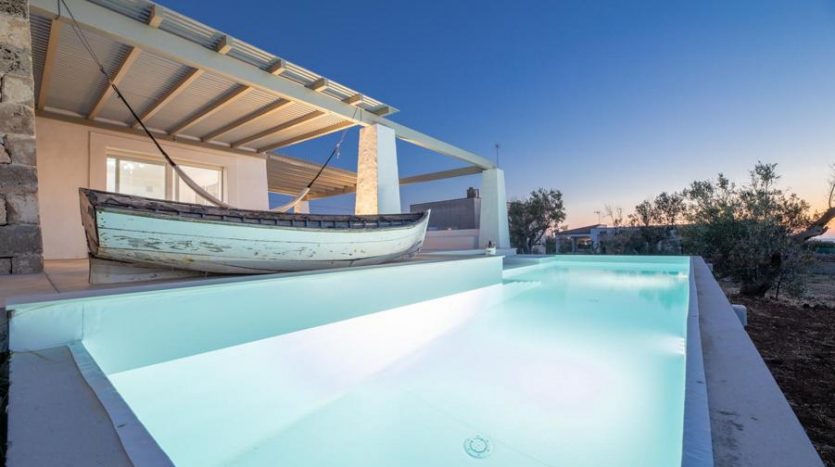 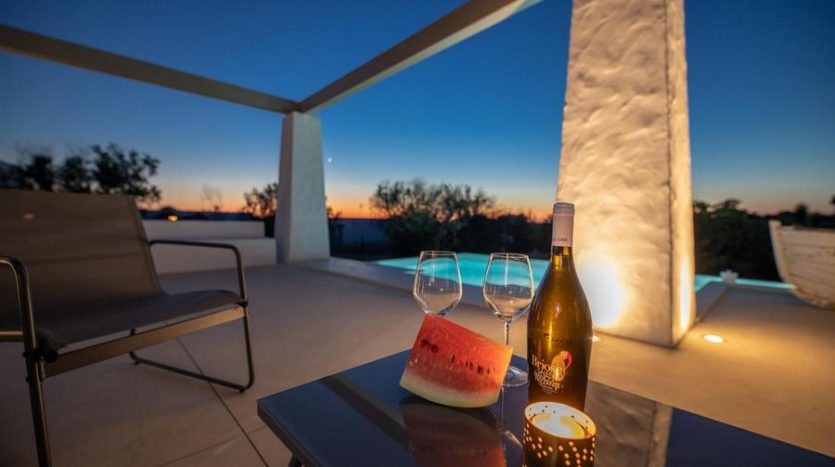 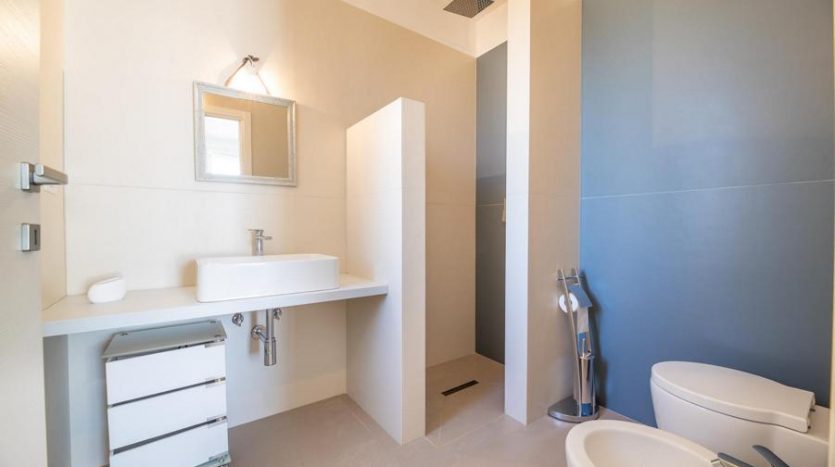 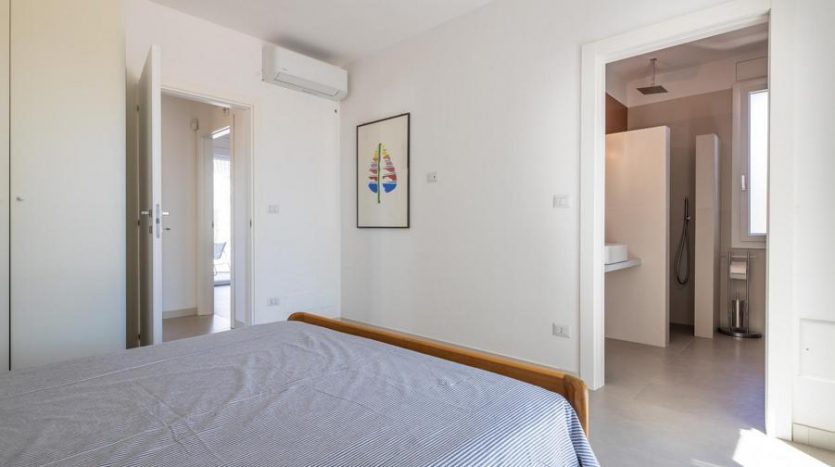 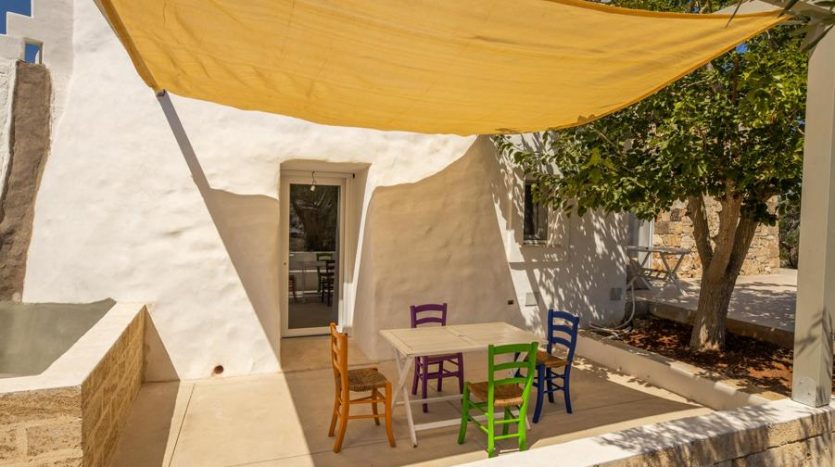 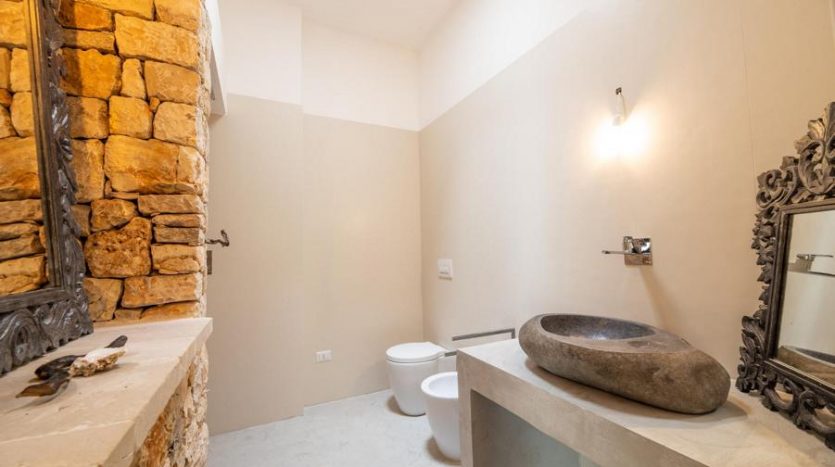 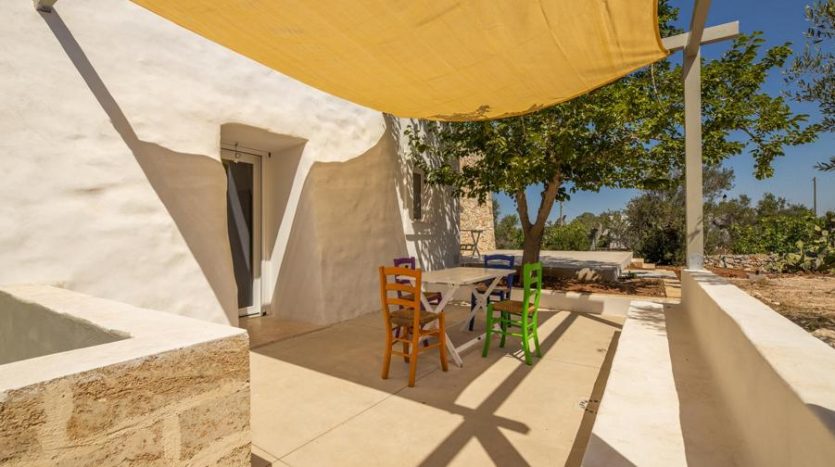 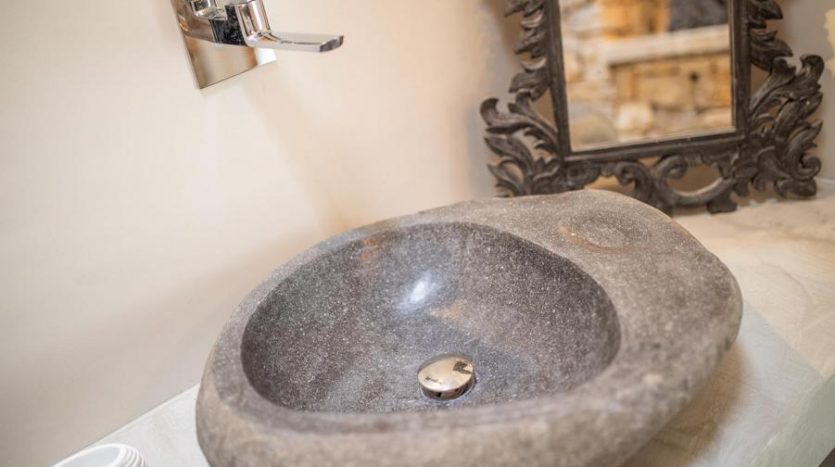 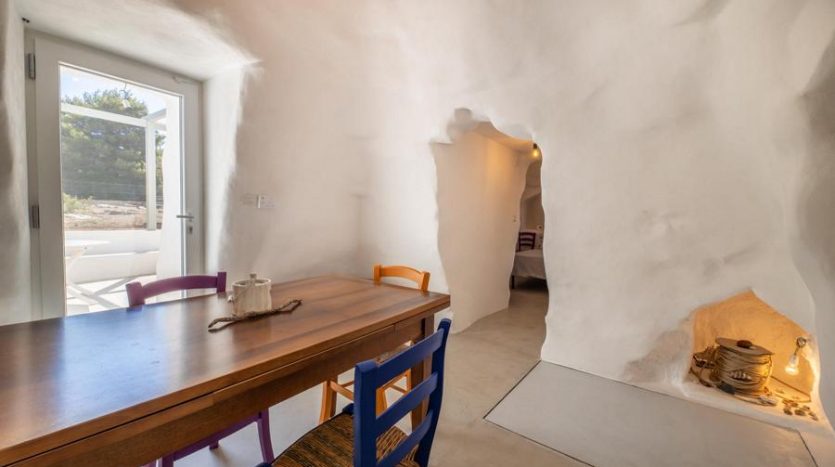 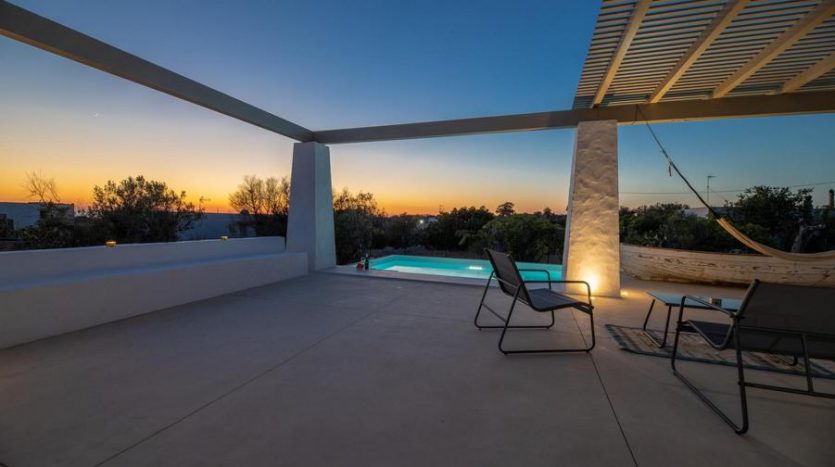 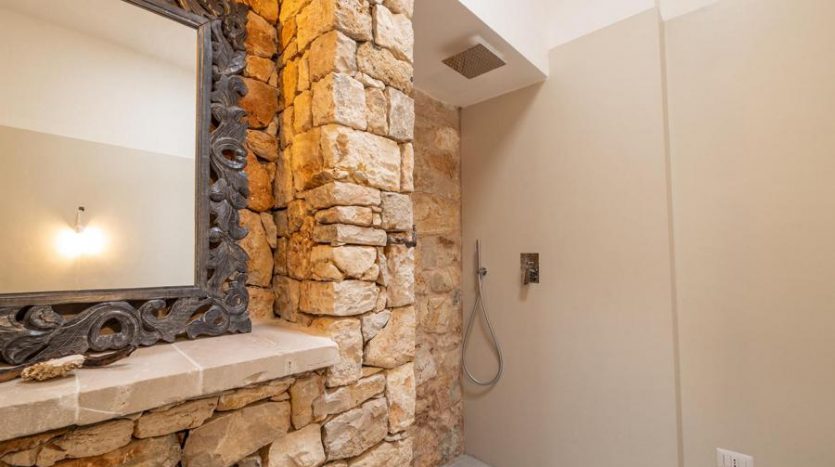 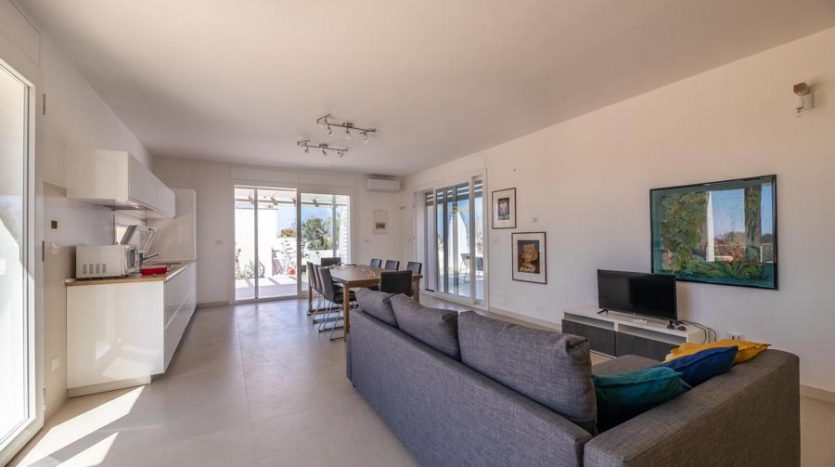 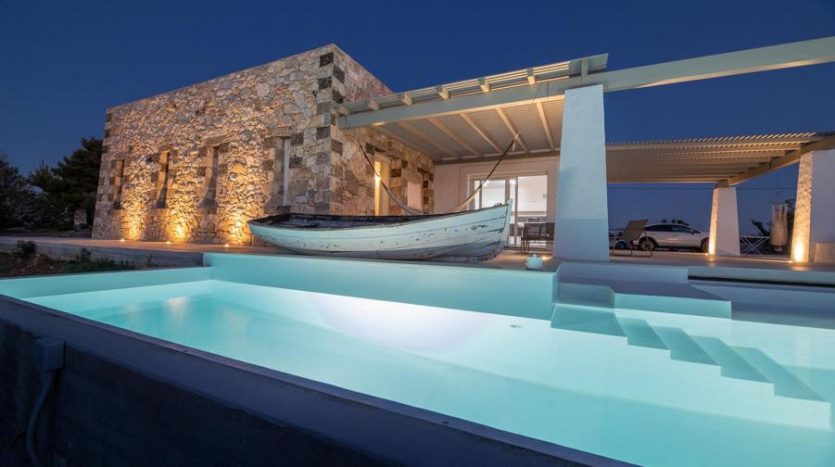 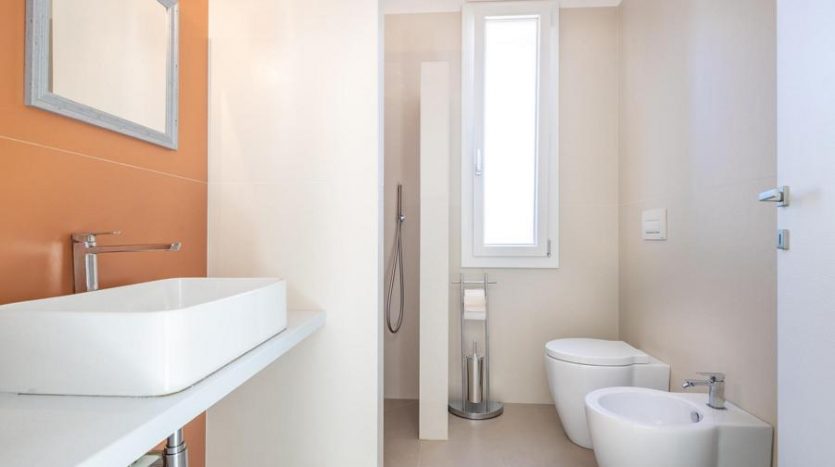 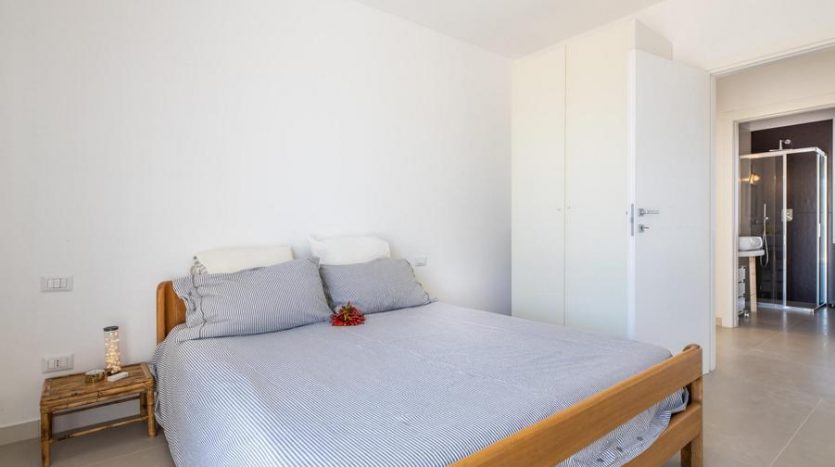 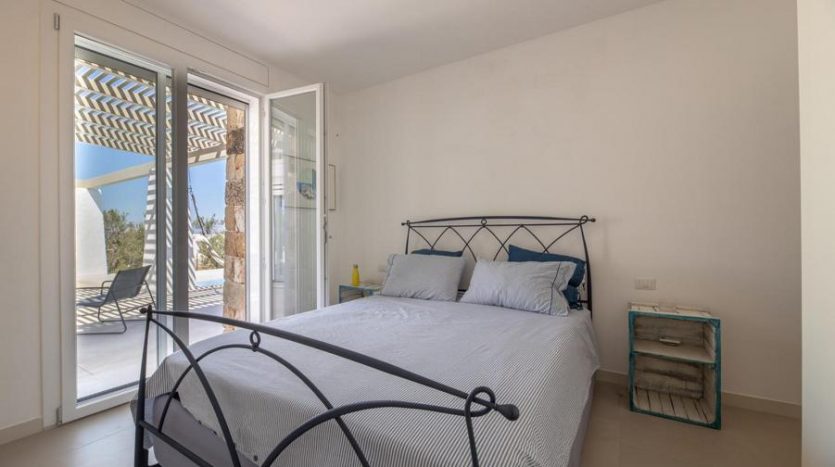 In the south of Puglia, this wonderful holiday home with pool Villa Mona, is the perfect destination for those looking for a relaxing getaway in a stylish holiday home.
Villa Mona is a tastefully furnished holiday home with pool in Puglia for up to 8 people with 3 bedrooms and 4 bathrooms. Surrounded by 2,000 square metres of land, it is only 1 km from the beach.
On one hand, the recently restored holiday home Villa Mona reflects modernity and style in its furnishings while on the other the traditional elements of this trullo have been retained during renovation.
Pets are welcome (for a fee of 50 euros).

The beautiful Southern region of Puglia is famous for its sandy beaches, clear sea water and fascinating Baroque cities like Lecce, known as the Florence of the South.

Villa Mona is located in the south of Puglia, in the province of Lecce and the municipality of Torre Suda. The sea is 1 km away and the nearest sandy beaches are just a few minutes’ drive away in Mancaversa. Punta Pizzo, with its Caribbean beaches, is just 5 minutes away by car, as is the edge of the Baia di Gallipoli. Other wonderful sandy beaches can be found in Torre San Giovanni (10 minutes by car) and in Marina di Ugento (a 12-km-long sandy beach). In addition to beautiful beaches, the south of Puglia is rich in culture and tradition. Highlights include baroque Lecce, also known as the Florence of the South, Otranto, Gallipoli, Nardò and much more!